With the help of some really amazing blogs, I’m revealing the cover for Tempted by a Rogue Prince today around the world!

Without further ado… here’s your eye-candy for this paranormal romance novel! 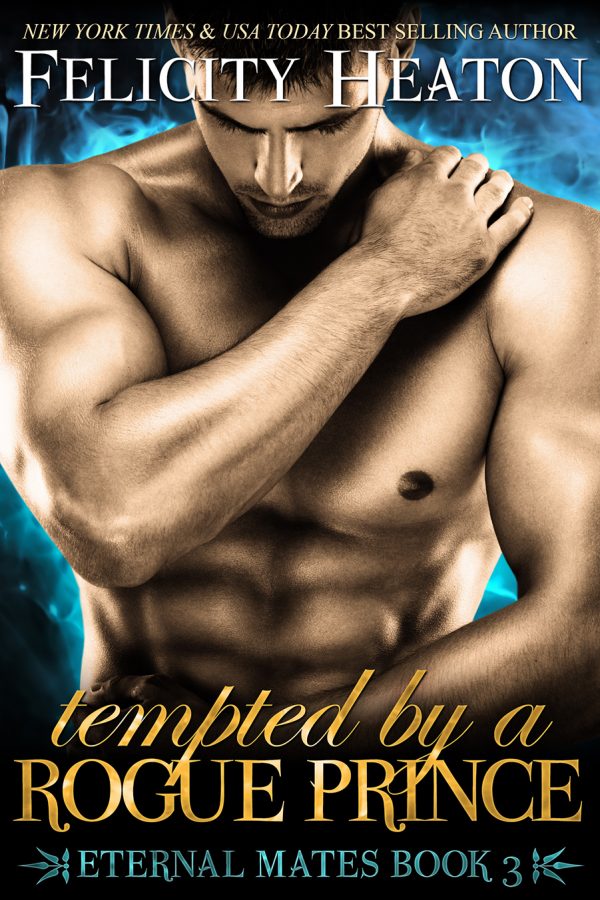 Felicity Heaton
An elf prince on the verge of losing himself to the darkness, Vail is maddened by the forty-two centuries he was under the control of a witch and forced to war with his brother. Now, he roams Hell seeking an escape from his terrible past and the heads of all who bear magic. When demons of the Fifth Realm capture him, he sees a chance to end his existence, but when he wakes in a cell to a beautiful female, he finds not death but his only shot at salvationâ€”his true fated mate.

Pre-order links and a first chapter preview of Tempted by a Rogue Prince are available at: http://www.felicityheaton.com/tempted-by-a-rogue-prince-paranormal-romance-novel.php

Tempted by a Rogue Prince is due for release in ebook and paperback on August 9th 2014 and will be available from all major online book retailers.

Join my mailing list to receive a notification when Tempted by a Rogue Prince is released, PLUS a sneak preview of the first 6 chapters of the book and chances to win a signed copy (starts today): http://www.felicityheaton.com/newsletter.php

Add the book to your Goodreads shelf at: https://www.goodreads.com/book/show/20940832-tempted-by-a-rogue-prince

Books in the Eternal Mates paranormal romance series:
Book 1: Kissed by a Dark Prince
Book 2: Claimed by a Demon King
Book 3: Tempted by a Rogue Prince
Book 4: Hunted by a Jaguar â€“ coming in 2015

So, what do you think of the cover? I’d love to hear!

This entry was posted in covers, Eternal Mates, paranormal romance, Tempted by a Rogue Prince, witches. Bookmark the permalink.
Sort by:   newest | oldest | most voted

I apsolutly love it! I love your books they are amazing the love and adoration in them is brill! Keep writing on :Â£