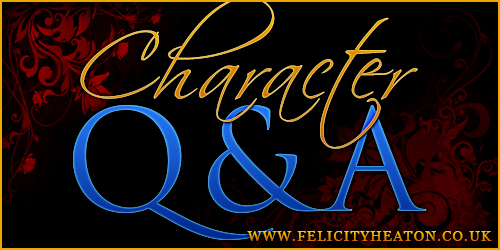 This week, I had the task of posing questions to Bleu, the gruff, somewhat grumpy, but very devoted and loyal commander of the elf legions and aide to Prince Loren in my Eternal Mates Series. You can read Bleu’s romance in Possessed by a Dark Warrior, which now has the audio edition available!

END_OF_DOCUMENT_TOKEN_TO_BE_REPLACED 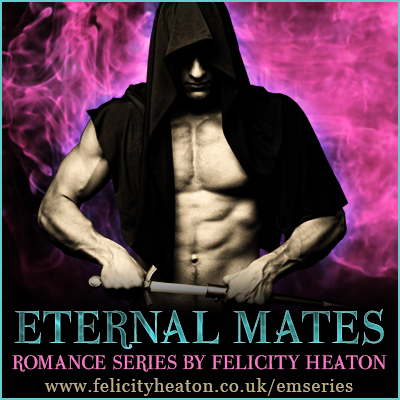 I’ve been making slow progress this last week on Unchained by a Forbidden Love, Fuery and Shaia’s book in the Eternal Mates series.

I hit another stumbling block that saw me grind to a halt. Something just wasn’t right and it was slowing me down. I wasn’t sure what it was…

Until I was in the shower this morning, and I thought about the scene I had become stuck on, and realised it needed changing. And then, I realised I needed to tweak some other things in the remaining chapters in order to make them work. I wasn’t sure about the story from this point forwards anyway, something felt off about it, just not quite right… but as I began thinking about it, it all sort of fell into place in a way it had refused to do before.

So rather than writing more for the book today, I’ve been revising the outline, moving things around, removing some stuff, and layering the new stuff in to make it all work with the plan that came to me this morning in the shower.

I’m feeling much better about the book now, and it’s finally feeling right, like this was the way it was always meant to be and I just got muddled somewhere and wrote it wrong the first time around. I can finally see the light, which is more than we can say for the hero, Fuery 🙂

I had really wanted to get the book completed in first draft this week, but I still have another 10 chapters to write, so I’m thinking it’s going to be done by end of next week, and then I’ll move on to editing it.

I also have an update for my audio books! I’ve completed my check of Awakened by a Demoness, and once the final edits are back from my narrator, I’ll be ready to hit the go button on this audio book and it will be in stores a couple of weeks later. I’m thinking it will be available at the end of the month. I’m about to start listening through Haunted by the King of Death, and my awesome narrator has already begun work on Turned by a Tiger. It’s all go!

In the meantime, Possessed by a Dark Warrior is now available and I’ll be updating my website with links for the audio book as they become available. Yay!

Posted in Audio Books, Awakened by a Demoness, Eternal Mates, Haunted by the King of Death, paranormal romance, Possessed by a Dark Warrior, Turned by a Tiger, Unchained by a Forbidden Love, writing | Comments Off on WIP Wednesday – Inspiration strikes in the strangest places!

Manday Hotties – So Bleu for you

This week, I’m still thinking about heroes from my Eternal Mates series of paranormal romance books.

This time, it’s Bleu on my mind. I’m thinking about him today because I just hit the big old approve button on the audio book version of story Possessed by a Dark Warrior. My narrator has done an amazing job on this one, and you’re going to LOVE it!

So, here’s some hunks to get you thinking of Bleu while you wait for the audio book to hit stores… 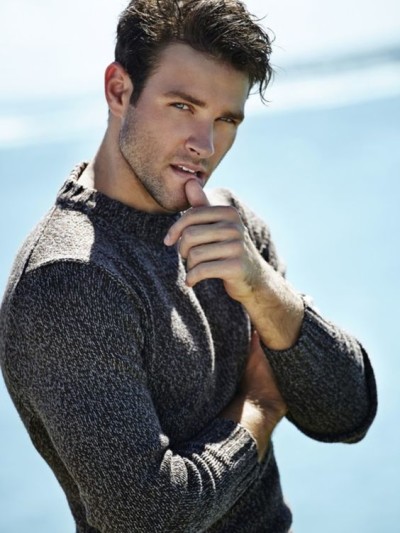 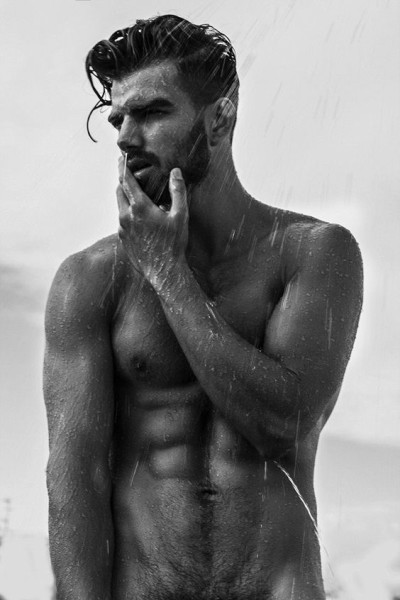 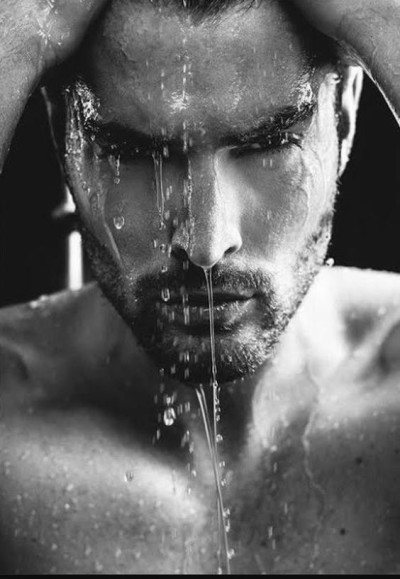 All of these guys are just the way I picture Bleu. They’re dark, dangerous and damned sexy!

What do you think? Do they match your image of Bleu? It’s day 1 of the Possessed by a Dark Warrior Blog Barrage!

Enter the Possessed by a Dark Warrior international giveaway (ends April 24th) at my website, where you can also download a long sample of the book: http://www.felicityheaton.com/possessed-by-a-dark-warrior-paranormal-romance-novel.php

Get your hands on the first book in the Eternal Mates romance series, Kissed by a Dark Prince, for only 99c/99p right now in ebook! Possessed by a Dark Warrior
Felicity Heaton
A powerful warrior and commander of the dark elf legions, Bleu is a loyal and devoted male, and one who has never failed in anything—except one thing. Love. When an elusive female dragon shifter surfaces in Hell again, giving him a mission to hurl himself into, he gladly returns to his hunt for her and the deadly blade she stole from his prince seven centuries ago, but as he closes in on his prey, fate reveals she is far more than his enemy.

Having escaped from the black market arena and her life as a slave, Taryn sets her sights back on the task she began seven hundred years ago when her brother stole a precious sword, but in the three centuries she’s been a captive, everything has changed. Corrupted by a craving for power, her brother has become dangerously obsessed with finding the blade and using it to claim the ultimate treasure—the position of King of Hell.

Faced with having to end her beloved twin to stop him from bringing all of Hell to its knees before him, will Taryn be strong enough to use the very blade he seeks against him? And when Bleu finally catches his elusive prey, will he listen to his head as it demands he complete his mission or his heart as it demands he claim his eternal mate?

Nook version coming soon – waiting on BN to get the book up on their website. They’re being SLOW. Sorry! Please check their website if you are a Nook user.

Books in the Eternal Mates paranormal romance series
Book 1: Kissed by a Dark Prince
Book 2: Claimed by a Demon King
Book 3: Tempted by a Rogue Prince
Book 4: Hunted by a Jaguar
Book 5: Craved by an Alpha
Book 6: Bitten by a Hellcat
Book 7: Taken by a Dragon
Book 8: Marked by an Assassin
Book 9: Possessed by a Dark Warrior
Book 10: Awakened by a Demoness – Coming May 2016
Book 11: Haunted by the King of Death – Coming Summer 2016

END_OF_DOCUMENT_TOKEN_TO_BE_REPLACED

What’s up Wednesday – Working on Possessed by a Dark Warrior (Eternal Mates Series) plus my new release!

Hi there! It’s been a while but I’ve not really had a chance to update my blog. I’ve made a vow to get back into it again, ensuring there’s an update each Wednesday on everything related to my books, whether they’re out already or in the works. So, I’ve rolled news about my books into one What’s up Wednesday post!

If you follow me on Facebook at http://www.facebook.com/felicityheaton then you know what I’m up to, but if you haven’t followed me yet, here’s an update!

It’s been a year filled with ups and downs for me, but I’m finally finding my feet again and I’ve just released the next book in my Eternal Mates romance series, Marked by an Assassin. This is Harbin and Aya’s book, so it’s all about the snow leopard shifters in this world of dark elves, demons, shifters, fae, vampires, werewolves and more. Also, be sure to ENTER THE GIVEAWAY at the website as you can get your hands on a $75, $50 or $25 Amazon Gift Card and it closes on November 15th so I don’t want you to miss out.

So, what have I been up to since finishing work on Marked by an Assassin and putting it out into the world? 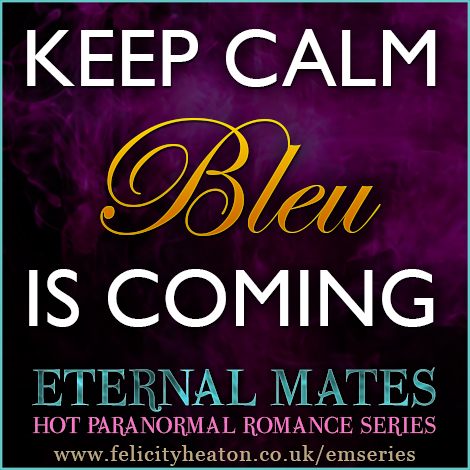 Yes, you read that right. Bleu is on his way at last. I know you’ve been (im)patiently waiting for him to finally have his own book, and I’m thrilled to announce that it will be number nine in the series, and the title for it is: Possessed by a Dark Warrior.

I won’t give spoilers here, but if you’ve read the series, you’ve met his heroine, and the book is going to be epic. I’m planning it right now, and it’s on a Claimed by a Demon King scale of battles with a Kissed by a Dark Prince level of passion and intensity thrown into the mix. At least, that’s what I’m aiming to achieve.

I’m just in the early stages with it right now, reading over the previous books in the Eternal Mates series so I can get back in touch with the world, with Bleu and Taryn, and also see if there’s anything I need to include in this one to make it shine. As I write the book, I’ll be sure to talk about it in my weekly updates here at the blog, so be sure to keep checking back!

I know that some readers are waiting on a slightly darker breed of hero to have his book, and I swear that Lord Van der Garde of the vampires will have his story told next in Haunted by the King of Death, and you might just meet him, and his heroine, in Bleu’s book…