Wow. Barely a couple weeks ago, I released Avenged by an Angel, book 16 in the Eternal Mates series and now I’m here revealing the cover of book 17, Seduced by a Demon King. I really hope you can handle this much hot Eternal Mates action in such a short space of time! 🙂

Delve back into this compulsive and addictive paranormal romance series and be ready to be seduced by powerful demon King Tegan as he wages the fight of his life to win the heart of enchanting fae, Suki, a sinfully tempting and down on her luck succubus.

It’s time to find out just what transpired before and after that scene on the battlefield in Possessed by a Dark Warrior!

Plus, you can get book one, Kissed by a Dark Prince, for just 0.99 right now at your favourite retailers!

Check out the cover and discover more about the book, including where you can pre-order and an awesome giveaway for books 1-7 of the series in audiobook! 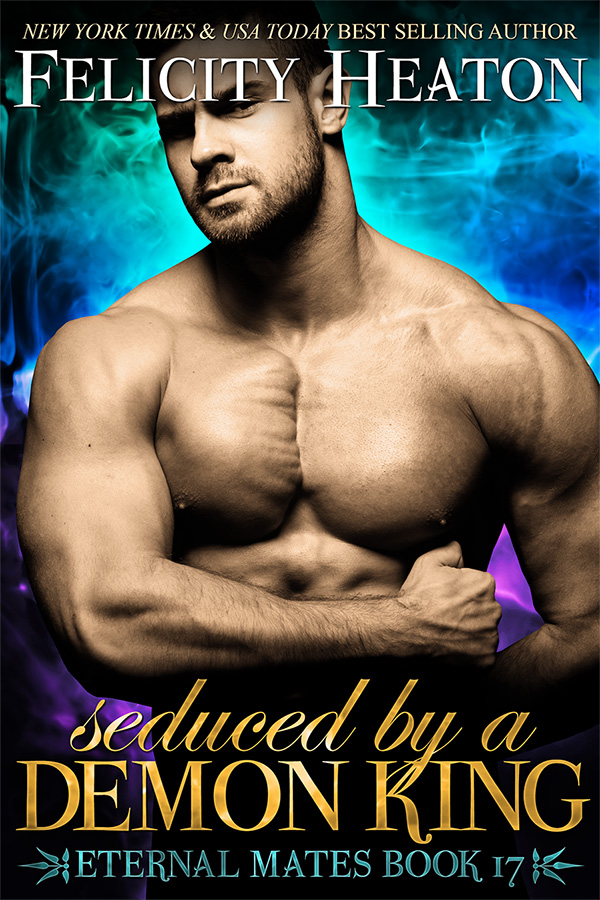 Seduced by a Demon King (Eternal Mates Paranormal Romance Series Book 17)
Felicity Heaton
Saddled with a crown he never wanted, King Tegan of the Second Realm of demons is a warrior born for war stuck ruling in a time of peace, bound by the pact that cost his brother his life. Chafed by the ties that have held him shackled to his throne for the last thousand years, Tegan plans an escape from his prison—one stolen night meant to give him a taste of freedom, but one that will lead him to the greatest battle of his life.

A fight to claim the heart of a bewitching fae female who might be his fated mate.

According to many in her clan, and the idiotic incubi who infest the fae town where she lives, Suki puts the suck in succubus. Down on her luck, and in danger of being kicked out of the family she loves, she’s determined to prove her worth by bagging and tagging a powerful male. When she sets eyes on a mysterious, panty-melting demon warrior in a nightclub, things finally seem to be going her way, but his shadowed aura and guardedness warns he won’t be an easy mark.

Seducing him is going to be the fight of her life.

When the battle is done, will the victor have the forever they want, or will this war cost them both everything? 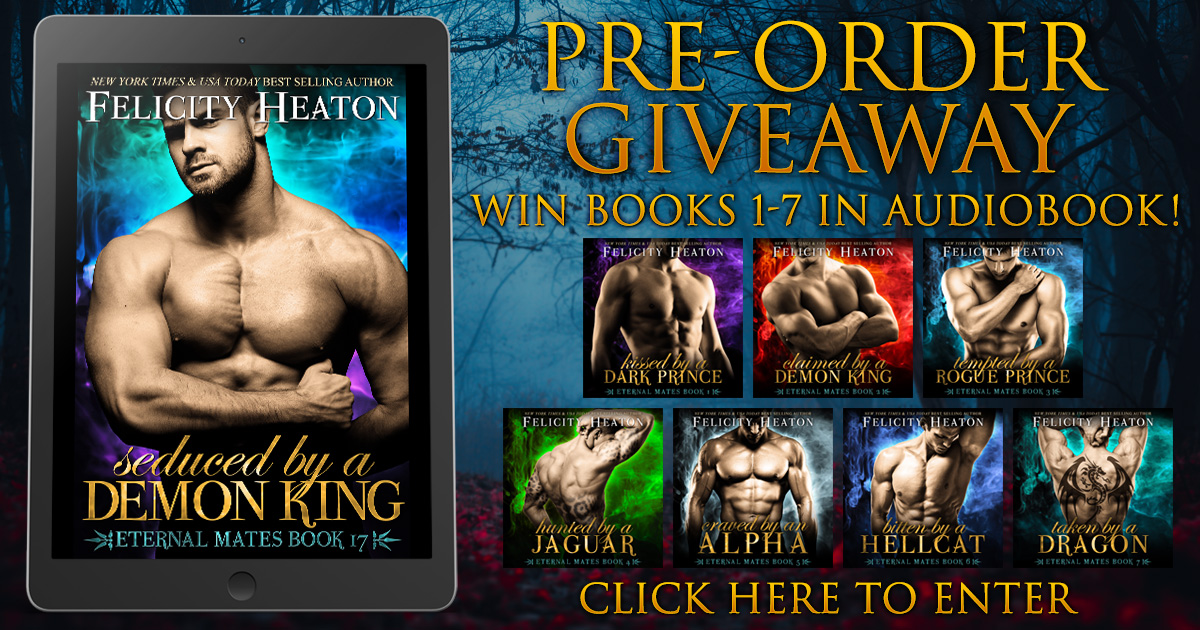 Be sure to enter the amazing pre-order giveaway for your chance to win audiobook editions of Eternal Mates books 1-7. The giveaway is international and closes on September 23rd. 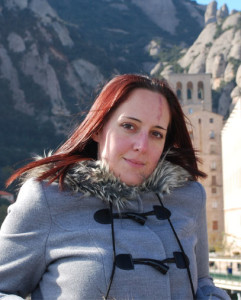 Felicity Heaton is a New York Times and USA Today international best-selling author writing passionate paranormal romance books. In her books, she creates detailed worlds, twisting plots, mind-blowing action, intense emotion and heart-stopping romances with leading men that vary from dark deadly vampires to sexy shape-shifters and wicked werewolves, to sinful angels and hot demons! All of them alpha as you would expect in paranormal romance, and every book with a guaranteed HAPPILY FOREVER AFTER!

If you love your angels a little dark and wicked, the best-selling Her Angel series is for you. If you like strong, powerful, and dark vampires then try the Vampires Realm series or any of her stand-alone vampire romance books. If you’re looking for vampire romances that are sinful, passionate and erotic then try the best-selling London Vampires series. Seven sexy and sinful Greek god brothers can be your new addiction in the Guardians of Hades series. Or how about four hot alpha shifter brothers in her Cougar Creek Mates series? Or if you prefer huge detailed worlds filled with hot-blooded alpha males in every species, from elves to demons to dragons to shifters and angels, then take a look at the Eternal Mates series.

If you want to know more about Felicity, or want to get in touch, you can find her at the following places: