It’s finally here! The extended new edition of my angel romance book is out now. Dark Angel kicks off the Her Angel: Bound Warriors series, and is a novella that introduces the Her Angel world and one of the most powerful angels in this paranormal romance series.

Each book in the series will be only 99c / 99p and you’ll be able to read it with your Kindle Unlimited subscription if you have one.

Read on to find out all about Dark Angel, get the links for your favourite Amazon store, and read an excerpt! 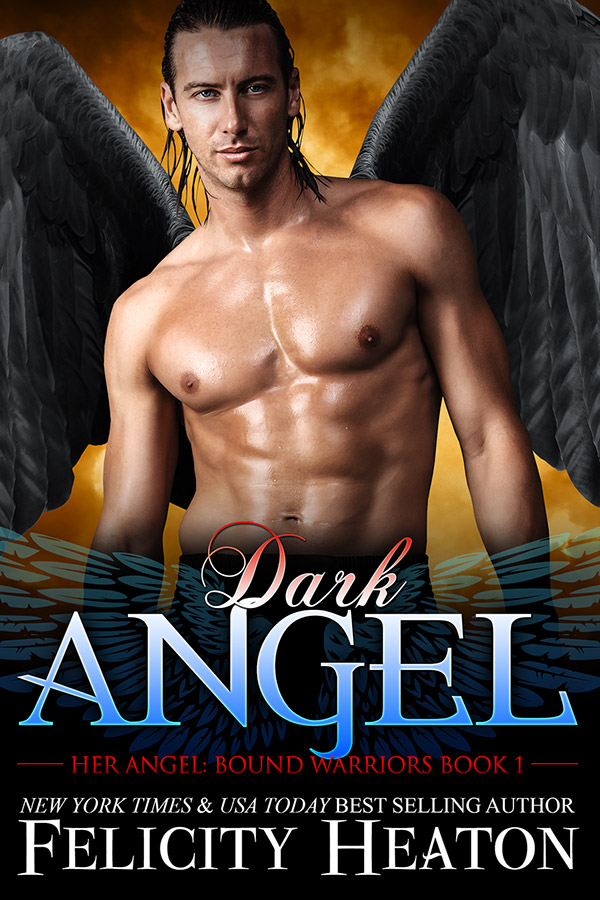 Dark Angel (Her Angel: Bound Warriors paranormal romance series book 1)
Centuries in Hell have taken their toll on Apollyon. Tired of guarding the Devil, he longs to break free of the dark realm. The trouble is, he can’t leave without permission. When he feels someone calling him, he seizes his chance for freedom, but what awaits him in the mortal realm is the last thing he expects—the beautiful woman he has watched over from Hell, a witch who casts a spell on him and awakens the darkest desires of his heart.

Serenity is shocked when a wickedly sensual black-winged angel shows up in her city of Paris claiming that she summoned him when she was only casting a simple vengeance spell. He’s no other than the angel of death! A very gorgeous, alluring angel of death who makes her feel she’s in danger of getting her heart broken all over again.

When the lethally handsome warrior offers to obey her and give her revenge, Serenity can’t resist the temptation, but can she resist the forbidden hungers the dark angel stirs in her?

The images in the bright pool flickered past Apollyon’s eyes at lightning speed but he could see them all, could bring each into focus and pause there a moment to understand what was happening in the scene before discarding it and allowing the flow to resume. It was a distraction he used daily, his every hour devoted to watching over the mortals.

In the long centuries he had studied the human world, he had seen a million or more changes, from the smallest accidental discovery to the grandest scheme that had altered the future of the race.

He had witnessed the growth of the mortals.

He had watched them forget his kind.

No one believed in angels anymore.

And his master had not called him forth from the bottomless pit in Hell in all the time he had been assigned to the dark realm of smoke and fire, hundreds of years passed choking on the stench of sulphur and bearing the presence of demons, and the king of Hell’s vicious taunts that rang in his ears on a daily basis.

Yet Apollyon waited for the call to come, faithful and patient, committed to his duty even as others around him chose to live by their own commands. He had heard the tales from angels who had reason to enter Hell, whispers and rumours about how their fellow warriors had softened and fallen for mortal women, their devotion wavering and their commitment altering to their love.

He would do no such thing.

He had no interest in mortals. END_OF_DOCUMENT_TOKEN_TO_BE_REPLACED