I need to play catch up in this week’s post as I have been a bad author and haven’t been keeping you up to date on my latest works in progress.

I have now completed the first edit of Eternal Mates Book One and it’s currently resting, awaiting a final polish and proofread.I really do think you will love this new series and I’m excited to see your reaction, and to venture further into this series. Every time I finish working on this first book, I want to immediately begin working on the second one. I have to take that as a good sign. I have so many fantastic heroes and heroines for you to meet, and of course some old faces too in future books as we’ll be returning to Vampirerotique at some point in this series. 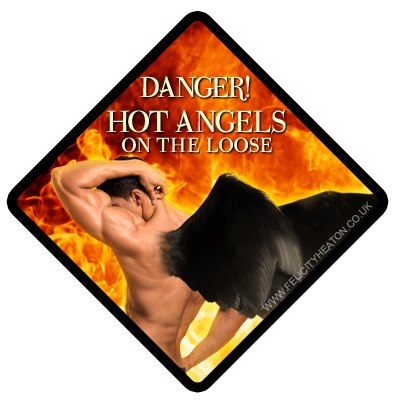 With the edit on Eternal Mates Book One completed, I have moved on to editing the next Her Angel romance series book, HER WICKED ANGEL.

This is a longer book, so it’s going to take me a couple of weeks to work my way through editing, even with my schedule being cleared of a lot of admin and marketing work. I’ve had some amazing beta readers working on this book with me, and the two who have finished the book have both come back making very positive noises, even going as far as saying it’s the best one in the series so far. That has definitely made me more relaxed about this book and is helping me work through the edits with a bounce in my step.

I began editing Her Wicked Angel on Sunday and I’ve completed the first 63 pages out of around 300 in total. I have a few areas in the book that need more attention and that will slow me down, but I never rush through an edit. It’s a very important time in the life of a book and I like to give it my full attention, taking my time about it.

Now, the bit you’ve probably been waiting for (if you’re not subscribed to my newsletter – as I announced this in July’s issue)…

The official release date for HER WICKED ANGEL is September 21st.

To tide you over, how about a snippet of the book?

Liora paid for her purchases and made her way back to the alley. Asmodeus was sitting on the step of one of the buildings lining the narrow street, his wings carefully placed so the longest black feathers curled around his ankles. He looked pale, his skin almost milk-white against his wild black hair and thick dark lashes. He lifted his head and gazed at her as she hobbled towards him, his golden eyes warming and then burning like fire as they took her in. Heat chased in the wake of his eyes, setting her body aflame and stirring a different sort of hunger.

She wanted to drop her things beside him, settle herself astride his lithe muscular thighs, and run her fingers through his hair, raking the satiny black strands back from his sculpted face. She would force him to tip it back and look up at her, and the action would cause his lips to part. She would swoop on them then, feeling their firmness beneath hers, waiting for him to hit that point where he found the courage to take the lead and showed her a hint of the passion he held locked beneath his incredible exterior.

His gaze dropped to the bag she carried, reminding her that he had to eat before she could do anything with him or he was liable to pass out. She sat on the step below him, took the white box of pastries out of the carrier bag and carefully untied the ribbon. She pushed the lid up to reveal the neat rows of sweet treats and her mouth watered.

â€œWhat are those?â€ He looked curious. That was good. Maybe he would eat some for her.

â€œPastries.â€ She plucked a strawberry mille-feuille out of the box and offered it to him.

He took it from her and peered at it, turning it this way and that and getting cream and icing all over his hand.

â€œItâ€™s my favourite.â€ She picked up the other one she had bought and bit into it. The layers of fine crisp puff pastry, custard-cream and strawberries were delicious and she moaned and took another bite, unable to resist the tempting allure of the sweet heavenly confection.

When she risked a glance at Asmodeus, his pastry was gone and he was licking his fingers. She moaned for a different reason, her head filling with thoughts about what he could do with that tongue and some cream, and he looked at her.

There was a spot of cream at the left corner of his mouth and she couldnâ€™t resist. She reached up, swiped it off and sucked her finger clean. His gaze darkened and zeroed in on her lips. Her heart fluttered in response, shivery heat washing through her and making her want to keep sucking her finger and giving him wicked ideas.

This entry was posted in angel romance, Eternal Mates, Her Angel Series, Her Wicked Angel, paranormal romance. Bookmark the permalink.
Sort by:   newest | oldest | most voted