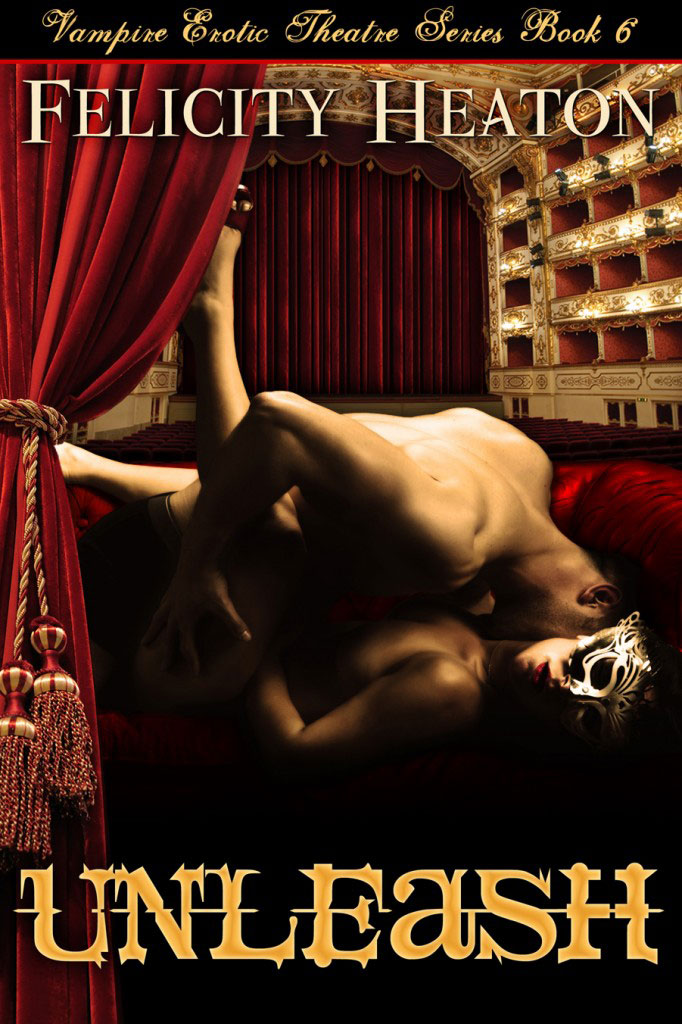 I’ve been working on Unleash this past week. I spent the majority of last week working on marketing plans and other work that had steadily built up while I had been writing the first Eternal Mates book, but I did find time to print Unleash out, ready for me to start reading it first thing on Monday morning. I think I was the only person in the world looking forward to Monday and wanting the weekend out of the way!

I spent most of Monday, and then part of Tuesday reading over Unleash. I always prefer to print the book out and read it like a reader before beginning my second draft process. It’s really good to step away from being an author or editor, and just see whether I enjoy the story and whether there are parts I felt needed more explanation, description, clarifying, etc.

All in all, I was pleased with the results. I had feared that this book was going to be atrocious because I felt so much pressure when writing it. It made me really doubt the book and the plot, and believe that everyone was going to cry that it was terrible when I released it. I think it’s in good shape though, and the heroine is a good match for Snow and that Snow’s book is going to have hearts melting and tears flowing. Believe me, it had me crying again during this read through and I NEVER cry during a read through. I will cry when I write the scene in the first draft (and I did with this one) but I become immune to it then and don’t cry when I read over it or work on it. Not this time. I was sniffling merrily yesterday morning when reading one of the scenes.

It will take me a few weeks to complete this edit now that I have everything I had scribbled down on the pages put into the word document. After that, I have to let it sit again and I’ll be working on the next Her Angel book during that Unleash rest period.

A few readers have mentioned that it’s sad that the series is coming to an end. Well, this series might be ending, but it won’t be our last foray into this world as my decision not to approach NYC with the Eternal Mates series means I can go ahead with my original plan for that series that I had toyed with before Christmas and announce that Eternal Mates is really a spin-off from the Vampire Erotic Theatre romance series. If I had decided to ask my agent to approach publishers with the series, I would have kept it as a separate world / series. Now I can integrate it back into the same world.

That means that there’s every chance we’ll come across some characters from the series in the Eternal Mates books. Yes, it also means that our trusty lusty vampires at Vampirerotique are descended from elves many many millennia ago, and those elves don’t particularly like vampires and believe them to have black and wretched souls, but considering the species live in two different realms, I don’t think our lads are in any danger and I bet they could hold their own against elves. Eternal Mates isn’t the only series I had planned as a spin-off from the Vampire Erotic Theatre series. I have a werewolf romance series too, but may integrate that storyline and the six planned books into the Eternal Mates series.

I hope that makes the Eternal Mates series all the more exciting for you, and that you’re pleased to know that Unleash won’t be our last visit to Vampirerotique.

Â It’s a relief, Julie. I would like to get published with NYC, but it’s a huge risk to my current life as an indie. They can all too easily try to hit me with non-competition clauses that will effectively stop me from publishing books as an indie, and I don’t really need NYC for me to make a career of being a writer. Maybe one day NYC will come to me… it’s a possibility. If I’m doing well enough, they could come to me with an offer and then I get to set the rules!

Guest
Tracy
Share On TwitterShare On Google
That sounds FAB Felicity…. love a spin-off – all the more if there’s a chance of running into old favourites. What we’ve heard about the EM series so far has really stoked my interest – add in some werewolves and you’ve got a winner!!!! Glad you’ve finally decided what to do re the NYC publishing…. That must have taken a lot of pressure off you & your current writing schedule.. You don’t need some publisher telling you how good you are – we all know you’re awesome as it is!!!!! It’ll will be great to visit the Her Angel world… Read more »
Vote Up0Vote Down

Â Tracy, I’m glad you like some of my bad guys (who then become heroes) because that’s the case in one of the EM books. The enemy is a hero in a later book (and I love the crazy bastard).

Good Good Good! Can’t wait for both series to start – Werevolves? Yay!
Keep it up girl!

I’m glad the news pleases you, Kathie! I can only do this because I’m keeping the series indie. I don’t think NYC would have gone for a world joined to one of my existing indie series.