I have a new guest author this week â€“ the wonderful Will Belegon! Heâ€™s here to talk about his latest book, Real Vampires Don’t Surf, and share some the challenges of writing in the paranormal romance genre. Iâ€™ll hand things over to him nowâ€¦

In the crowded world of paranormal romance, it seems the Everest of arrogance to claim that any writers work is unique.

When Anne Rice first drew me into the nocturnal world of the vampire, almost thirty years ago, the night dwelling population was blessed with far more elbow room.Â  Back in those sparsely populated evenings of the eighties, Dracula rubbed elbows with Lestat and Barnabas Collins andâ€¦ well, that was about all I can remember.

Now, those streets are busy indeed.Â  Not just with vamps, either.Â  Fae, shapeshifters, witches and warlocks.Â  Ghosts and demons share forbidden love with angels and zombies.Â  It’s a veritable smorgasbord of cross-genre courting.

So why would I write a novel about a vampire and a surfer girl now, when it is all but guaranteed to fall between the cracks and languish in obscurity? I wish I could say.Â  Especially considering that I started it almost six years ago, at a time when the chances of it being noticed were much greater.Â  The competition out there now is pretty intense, including that presented by my gracious host.

Real Vampires Don’t Surf isn’t my first venture into the paranormal, but it is the first time I’ve written a story involving the most recognizable of sensual predators, the vampire.Â  A creature far more intimately linked to our fear and fascination with sex than the werewolf or the sidhe.

I’ll climb that aforementioned mountain and say I do feel that my take on the genre has its share of unique perspectives, although I am sure if I actively hunted them down I could find other magical beings with similar trappings.

I finished this novel now because my characters made me.Â  I couldn’t not write it, not and stay sane.Â  Jess and Leah and the men around them pushed me out of bed each morning and made me speed home from work each night, made me find moments when I could listen to them and get their words onto the electronic page.Â Â  They made me stay up late and drink entirely inappropriate amounts of caffeine at times when I should have been sleeping.Â  The result was a novel I’m proud to have written and a sequel that is already in the works and certainly is not going to take six years to finish.

It’s a story of love discovered and lives changed. A very human story with a cast that is not entirely so.Â  It also has danger and death, intrigue and mystery and more than a little good old fashioned libido.Â  I hope that tickles your curiosity.Â  And if it doesn’t. might I suggest something by the talented Felicity Heaton?Â  After all, it’s her blog your reading right now, not mine.

Why? What is it about the extremes of existence that so captivates us?Â  Perhaps it is the very fact that we are reaching extremes.Â  Science fiction writers of the fifties used themes of alien invasion to address race relations and the fear of species mortality brought on by nuclear arsenals primed to fly at the banging of a shoe on a desk.Â  Perhaps our obsession with love among the magically inclined is a similar diversion.Â  Perhaps by exploring love between werewolf and fairy, human and vampire, we can tell truths that are actually about ending the limits society places on love.

Two men. One night. Jess Blue’s life will never be the same. The feisty California surfer girl finds herself in a dangerous world of magic, romance, and intrigue. A world in which former Navy SEALs, Russian businessmen, street racers, and ancient orders of chivalry all weave her new reality. 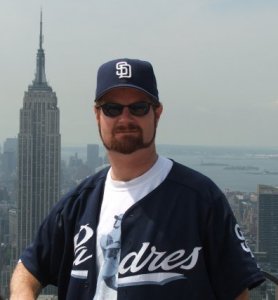 Will Belegon is an author/editor ofÂ erotic and romantic novellas and short stories. His primary publisher is Phaze, but he also has work available from Charles River Press and eXessica. His poetry has appeared at Oysters & Chocolate and Clean Sheets. He has read his work to nightclub audiences in New York City or to an audience of four at one a.m. in San Diego. He is always working on something new. Unfortunately, it is not always after finishing something else, thus the constant growth of his Work In Process file. His most recent release with co-author Alessia Brio is At Last, a tale of a chance meeting on a historic day. In addition, he writes about the Chargers and Padres, coaches Little League and gets constantly manipulated by his two reasons for being, his children.

Do you want to be a member of the great brotherhood Illuminati? we are going to make you rich famous and to be a world known star,get a good job,to win elections and get into a political power we are going to enrich you in all your endeavors empowerment and you will never loose any case in court or were ever, you will have powers to control
people in high places email us now at
jonnyilluminatiagent@gmail.com or call
+2348176139626