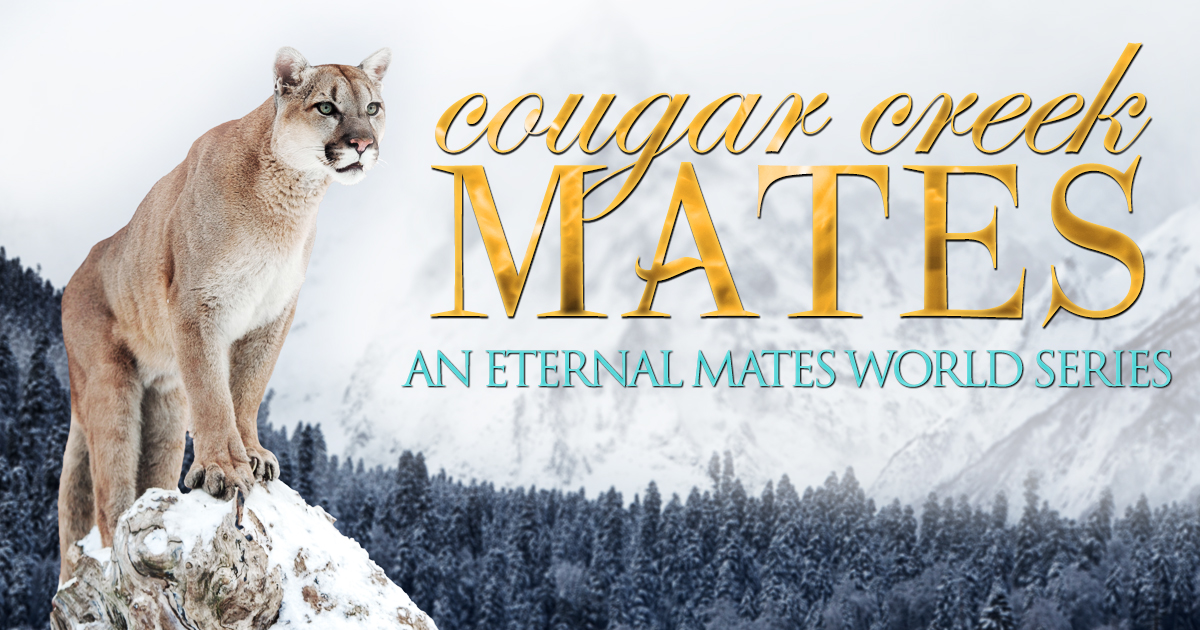 I’m super excited today, because I’m going to reveal more about a new shapeshifter romance series I have in the works.

After finishing the first draft of ESHER, I settled down to take a break and do some admin work. The usual stuff–marketing experiments, typing up the hordes of notes I scribble on paper about future books, tackling emails, and pulling together everything I need to release my next book. What I didn’t expect to happen was a whole new series popping into my head!

I’ve always been fascinated with big cats, and watching a TV series about them recently got me thinking–I haven’t written any pumas in my paranormal romances yet! It must have been there in the back of my mind for days, because I woke up one morning and was suddenly hit with a whole series about this shifter species.

I knew I had to set it in Canada, out in the wilderness, because it was a place I knew these big cats called home. Of course, in Canada, pumas are called cougars (in the states it’s mountain lions, and South America call them pumas), so a change in name cropped up. These would be cougar shifters.

I scribbled a LOT of notes for this shapeshifter romance series, ending with a complete outline for one book and rough ideas for a further three, bringing the series to four novellas about four brothers.

I decided this needed to be a separate series even though it’s actually set in the Eternal Mates world. So, yes, these cougars are going to meet their fated ones, that one true mate who is out there for them.

And… COUGAR CREEK MATES was born!

I’ve been so excited about this series, that I’m almost done with the first draft of the first book in the series, CLAIMED BY HER COUGAR. I have just a couple more chapters to write, and that means the first draft will be completed by end of play on Friday.

I’ll be editing ESHER next and getting it ready for release in March, and then I’ll edit this book and get writing the second book in the series, CAPTURED BY HER COUGAR.

I think I’m doing these big cat shifters justice. They’re solitary like their animal counterparts, preferring to pass most of their time alone, but they come together at times, and the series is set around one of those times. Oh, and I was asked by a reader whether Archangel will be involved, and yeah, they do come up in this series.

And yes, that dragon shifter spin-off series I teased is also going to happen. These charming cougars just stole my focus a little.

And the best news? (I hope you’ll think it is anyway) If I keep rolling like this with the stories, and everything runs smoothly, I’ll be releasing all four novellas this summer!

Are you as excited as I am?

This entry was posted in Cougar Creek Mates, Craved by her Cougar, paranormal romance, shapeshifter romance, writing. Bookmark the permalink.
Sort by:   newest | oldest | most voted

This sounds so awesome!! I am so excited!

I for sure will get it as soon come out or pre-order if I can . I love all your books I am sure this series will be also amazing cannot wait . All the best that so exciting.

Look’s, like another great read from you. Will pre-order as soon as it’s available

Looking forward to it 😀🐆

Cougars have always held a fascination with me; powerful felines but always aloft and alone. I’m looking forward to their stories.

I can’t wait I will pre order as soon as available…
I have all of your books and waiting on pins and needles for the next….💕😊💕👍👍

Sounds amazing! I love big cat shifters and am looking forward to meeting these brothers! 😊💖