With the help of some really amazing blogs, I’m revealing the cover for Claimed by a Demon King today around the world!

Without further ado… here’s your eye-candy for this paranormal romance novel! 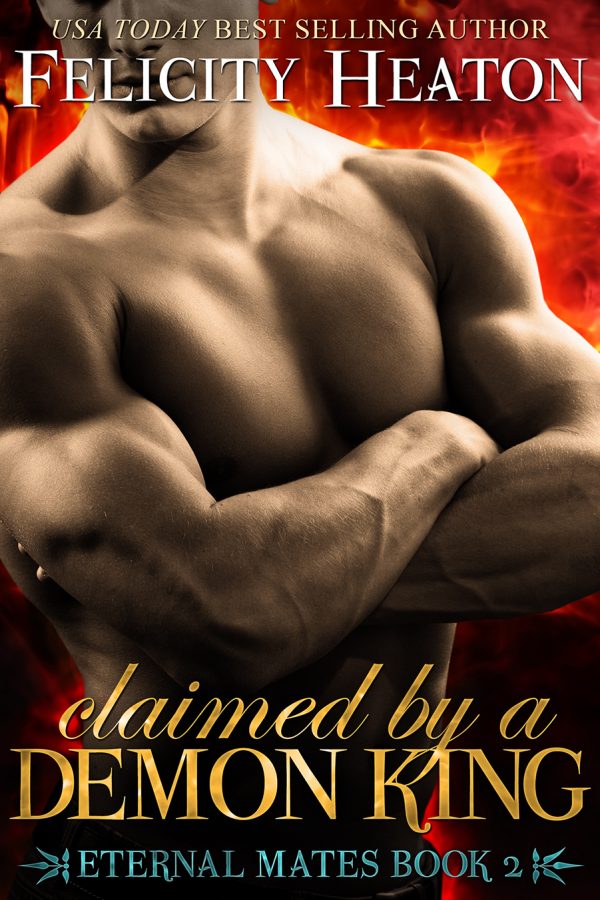 The moment the demon King Thorne of the Third Realm set eyes on the mortal huntress Sable, he knew she was his fated one. The fiery, dangerous female awakened hungers he had never experienced before, a dark craving and passion that has consumed him in their time apart. As the lunar cycle wanes, she enters his world again and nothing will stand in the way of him claiming his forever with herâ€”not the relentless assault from the Fifth Realm or the dark elf male determined to seduce her out of his grasp.

Claimed by a Demon King is due for release in ebook and paperback on February 22nd 2014 and will be available from all major online book retailers.

Join my mailing list to receive a notification when Claimed by a Demon King is released, plus a sneak preview of the first 6 chapters of the book and chances to win a signed copy: http://www.felicityheaton.com/newsletter.php

Add the book to your Goodreads shelf at: https://www.goodreads.com/book/show/18741572-claimed-by-a-demon-king

Books in the Eternal Mates paranormal romance series:
Book 1: Kissed by a Dark Prince
Book 2: Claimed by a Demon King

So, what do you think of the cover? I’d love to hear!

This entry was posted in Claimed by a Demon King, covers, demons, Eternal Mates, paranormal romance. Bookmark the permalink.
Sort by:   newest | oldest | most voted

Oh God! That is Totally HOT!! an absolutely delicious Cover.

Love the cover. Love your books. I will review them when I am finished with them all.