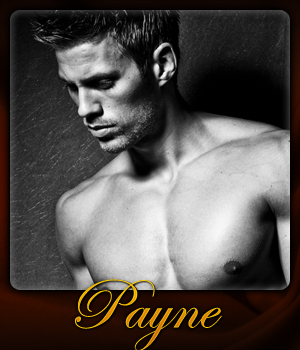 I don’t think I really need to say whose books I will be writing for my Vampire Erotic Theatre series. First up will be Payne’s book, Bewitch. I’m focusing on convincing him to talk to me at the moment and tell me about his life, his love, and his romance story. The more I talk to Payne about his story and listen to what he has to say, and also listen to his heroine and what she has to say on the matter, the darker this book becomes. I hope you like a little edge to your romance. I’ll try to rein Payne in a little, but the guy has a lot of trauma in his past and he’s seriously screwed up beneath that cool exterior. I’ll reveal all in his book, but right now I will admit that he’s going to challenge both Antoine and Snow when it comes to who has the most traumatic life. Expect fireworks from Payne’s book. We’re heading into the fae underworld and Payne is going to have to face his demons if he wants to return to Vampirerotique with the item he set out to find. The witch he meets is going to drive a hard bargain, and it’s one that might just break Payne and destroy them both if they’re not careful. I don’t think his little witch realises just how hot the fire she’s playing with is… but she’s going to find out!

I’ve also been listening to Snow a little over the past few weeks. Snow likes to bend my ear whenever I have a moment to spare. Snow’s heroine is also quite quick to take advantage of any down time that I have. It’s unusual for a heroine to be so communicative. I always find that it’s the heroes who talk the most and the loudest, and the heroines tend to be the quieter, calmer character. I think it’s because I often write romances focused on the hero rather than the heroine. It’s often the heroes story and the heroine is almost the secondary character. I’m fairly certain that there are some readers among you who are excited to hear that Snow has been quite communicative about his story and we’re already working on the outline for his novel. I think Snow’s heroine is so chatty about him and herself because she’s known him for a long time.

The other vampire romance book I’ve been writing down ideas and scenes for, and talking to the hero and heroine, is in my Vampires Realm series. I’ve been chatting to Tor and Eve, who will become the hero and heroine in Hunger, which is the next Vampires Realm novel. Tor doesn’t really say much so I have to bleed him dry whenever he risks talking about himself. He’s very closed off and distant, but I’ve managed to get some interesting information out of him regarding his past and his future too. Eve is another talkative heroine. Readers familiar with the Vampires Realm series may already know that she’s: a) Lilith’s twin sister, and a vampire now; b) Has been found by their vampire father; c) Was mentioned as being with Tor in Masquerade. Addicted readers of the series will probably have already read the short scene I wrote as a flash fiction (a scene under 1000 words) with Lincoln and Tor. I really think that readers are going to love Tor. He’s damaged goods, a lone hunter for his bloodline, has serious darkness in his past, and is treated worse than a dog (or a werewolf) by most vampires in his bloodline. He’s loyal, strong, lethal, and as likely to kill you as he is look at you. I can easily see him stealing some hearts during his book.

I will hopefully start writing Bewitch next week once I have the outline completed. When I’m done with the first draft of that book, I will probably start writing Snow’s book, Unleash, or will at least plan it before I edit another book.

Are we all excited about the books I’ll be working on next?

I can’t wait for the next Vampire Realm book(s)! This series is addicting!